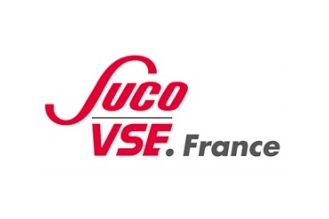 The company SUCO – VSE France was founded in January 1999 as French subsidiary of the German companies named SUCO Robert Scheuffele GmbH & Co. KG and VSE Volumentechnik GmbH. These two well-established industrial companies decided to cooperate in order to be present on the French market and to enlarge and also improve their services. SUCO – VSE France is responsible for the technical and commercial care of all products being manufactured by the German mother companies. During 2003 SUCO – VSE France started distributing the products of Beinlich Pumpen and DST, which are associated companies of VSE Volumentechnik and a part of the group Echterhage Holding. In 2010 SUCO Germany acquired ESI, an English company producing pressure transmitters, to diversify and extend its own, as well as the product range of SUCO VSE France. Since its creation, SUCO – VSE France has continuously thriven and progressed, being supported by their solid mother companies as suppliers, to achieve the highest possible customer satisfaction.