From Frogs to Pressure Transducers... 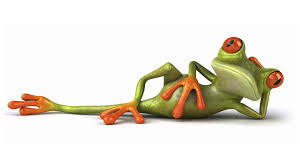 As todays Google Doodle will tell you, today is the 270th birthday of physicist and electricity pioneer Count Alessandro Volta who developed the Voltaic pile. Volta’s electrical pile was the first device that was able to produce a consistent source of electricity and was the precursor of the battery.

All of this originated from an experiment with a frog!

In 1791, Luigi Glavani who was an Italian physicist, physician and philosopher, discovered that the muscles of dead frogs legs would twitch when in contact with a metallic object. Galvani concluded that there was an “animal electricity” that came from the frog.

Volta was interested in Galvanis’ assessment. Over time he experimented and began to see that the electrical fluid did not originate from the frog. He realised that the frogs’ legs were instruments and not the cause of the result. To test his ideas Volta removed the frog from the experiment , suspecting that metals were the key to understanding.

Volta initiated a series of experiments using various metals and in 1800 he discovered that certain fluids would generate a continuous flow of electrical power when used as a conductor. This discovery led to the invention of the voltaic cell, which was constructed of alternating discs of zinc and copper with pieces of cardboard, soaked in salt water, between the metals. It was the first practical method of generating a reliable and steady current of electricity and is now known as the battery.

News of Volta’s invention spread incredibly quickly within scientific circles, and by 1820 variations on Volta’s pile were common in scientific laboratories. The French emperor, Napoleon, made Volta a "Count" for his discovery and subsequently the “volt” was named in his honour.

Today a volt is described as the “unit of electric potential difference” or in other words “the pressure or force of electricity”.

Pressure Transducers are available with a variety of voltage outputs. Transducers with millivolt output are normally the most economical pressure transducers. Their lack of on board signal conditioning electronics means they tend to work at higher temperatures than the amplified models. The output of the millivolt transducer is nominally around 30mV at full scale. The actual output is directly proportional to the pressure transducer input power or excitation. If the excitation fluctuates, the output will change also. Because of this dependence on the excitation level, regulated power supplies are suggested for use with millivolt transducers. Because the output signal is so low, the transducer should not be located in an electrically noisy environment. The distances between the transducer and the readout instrument should also be kept relatively short.

Voltage output transducers include integral signal conditioning which provide a much higher output than a millivolt transducer. The output is normally 0-5Vdc or 0-10Vdc. Although model specific, the output of the transducer is not normally a direct function of excitation. This means unregulated power supplies are often sufficient as long as they fall within a specified power range. Because they have a higher level output these transducers are not as susceptible to electrical noise as millivolt transducers and can therefore be used in much more industrial environments.